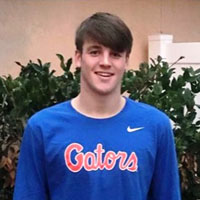 Tyler, a Junior at Paxon School for Advanced Studies, is Class 2A State Champion and nationally ranked swimmer, specializing in the 200 Butterfly and 400 IM. He has committed to swim for The University of Florida beginning 2019.  Tyler has volunteered at WLPS and is active in youth programs at Arlington Methodist Church.  He would like to study to be a forensics specialist or a Swim Coach.  (April 2018) 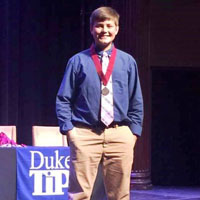 Jake attends Darnell Cookman and has been accepted for the International Baccalaureate program at Stanton HS.  He attended Duke University’s TIP program last summer and intends to return again this summer.  He is active in youth programs at Arlington Methodist Church and is a Boy Scout working towards earning his Eagle Badge.  (April 2018) 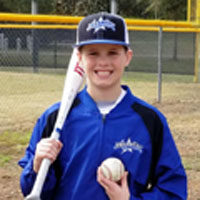 Aaron is a safety patrol at Sheffield Elementary and plays many positions, including pitcher, for his baseball team. This summer his team, The Jax Invaders,  will represent the State of Florida at a tournament in Omaha, NE. Aaron has been accepted into Kirby Smith Middle School next year where he looks forward to playing baseball for middle school.  (April 2018) 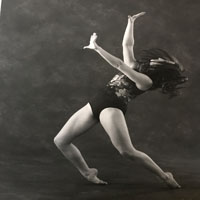 Julia will be attending Douglas Anderson High School next year as a freshman in their dance department.  This summer she will participate in a summer dance intensive at the American Ballet Theatre (ABT) in Alabama.  Julia takes classes and assists with dance classes at Ballet Arts Centre.  She and her sisters, Kayla and Alexia, are WLPS alums.  (March 2018) 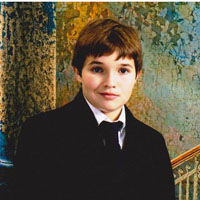 Carlos Rodriguez is a 2007 alum with “memories of Learning, Playing, and Sharing with friends and the excellent teachers”!  After graduating from Assumption Catholic School, he now attends Bishop Kenny HS.  (June 2017) 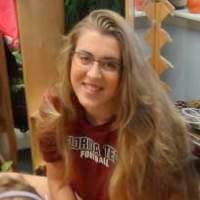 Meg is a JU Education Student and member of the Women’s Crew. She is majoring in Elementary Education with an emphasis on Special Education and recently spent time with us as part of one of her class assignments. Meg attended WLPS back when we were in our Little Red Schoolhouse! (Nov 2016)

Julia is a seventh grade dancer at LaVilla School of the Arts. She had an amazing opportunity this past summer to study ballet at the Joffrey Ballet School in New York City. Julia takes classes and is an assistant at Ballet Arts Centre in Jacksonville. Julia, her sister Kayla, her mom, and dad all participate in the Community Nutcracker. She and her two sisters are also WLPS alums. (Sept 2016) 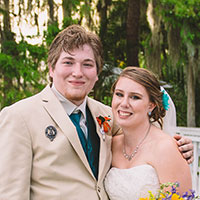 Heather, former WLPS student worker and JU Alum ’14, is now an Elementary School Teacher and married to her high school sweetheart! Since graduating, she has enjoyed traveling to Texas, Washington, D.C., the Caribbean Islands, and Jamaica! Holidays were her favorite memory at WLPS. She remembers spending all day singing the songs for their shows. They still pop in her head every now and then! Another specific favorite memory of hers was working with a child. They were practicing writing his name and he wrote his “e” backwards… She said, “Oh no, you wrote your ‘e’ backwards!” He replied, “No I didn’t, it rolled over!” Heather presently lives in Altamonte Springs. (Feb 2016) 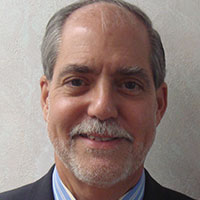 Jeff, former WLPS student worker, JU Alum and member of the WLPS Advisory Committee,  resides in Washington, DC where he has practiced Optometry for 35 years.  His practice provides vision therapy services for children and adults with learning related visual problems, sports vision enhancement, and vision rehabilitation services for those suffering head trauma.  He feels his professional work today is directly related to the many experiences and learning opportunities he had while observing the development of the children and working with the professional staff at WLPS, especially Dr. Kay.    He is a strong supporter of JU and WLPS and visits whenever he can.  We are always glad to see him!  (Jan 2016) 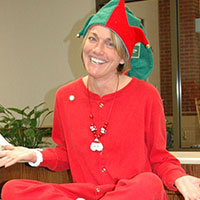 Cheri, former WLPS student worker and JU Alum, resides in Spartanburg, SC where she is an Elementary School Teacher. She is National Board Certified and has been Teacher of the Year at Elementary Schools where she has taught.  Cheri is an extremely creative, talented teacher and photographer.   Last year for Pajama Day she became the Elf on the Shelf!  Cheri fondly remembers making play dough with the children at WLPS and interning with Mrs. Garrett in third grade at Fort Caroline Elementary School. She was awarded the Outstanding Elementary Education Major her Senior year at JU. (Dec 2015) 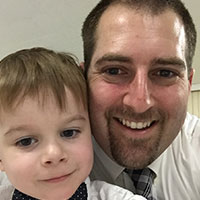 Michael, WLPS Alum, is a graduate of Stanton College Preparatory School and the University of Florida. He received a Doctor of Pharmacy Degree from UF. His favorite memory of WLPS is “painting” the walls of the school with water, the hut and singing.  He is married with 3 children and resides in Gainesville.  (Dec 2015) 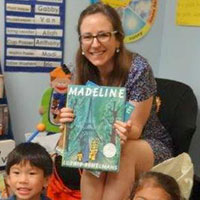 Laurie, WLPS Alum and now WLPS Advisory Committee Member, came to visit and read to the children Madeline and Madeline In London by Ludwig Bemelmans. Laurie now lives in London with her husband and works as a lawyer in International Arbitration. She graduated from Episcopal High School, Princeton University, and Columbia University. We really enjoyed her visit. She took a WLPS Dolphin with her to visit other countries. We will look forward to hearing where he goes!  (Nov 2015) 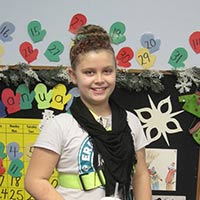 Vanessa is a 5th grade student at Pine Forest and will soon be auditioning to get a spot in the drama program at LaVilla next year. Even though her favorite school subject is science, she dances and works behind the scenes as a tech for drama productions. Vanessa visited with Mrs. Garrett recently where she shared that her favorite memory of WLPS was putting felt snowmen together on the felt board and making food in the playground kitchen playhouse!  (Jan 2016)